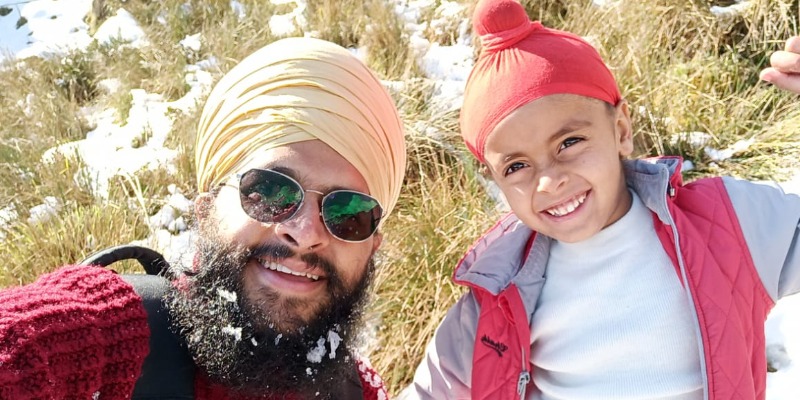 Health, freedom and joy – Natural living through the eyes of a child

Since childhood, Kavann started suffering from many allergies leading to chronic cough & cold and multiple accompanying health issues. After years of suppressing these through allopathic medicines and suffering from many health issues himself, Kavann's father was totally frustrated. His search for a way out led him to many people and a world of natural healing and living and learning from nature. Read this heartwarming story here. Kavann Singh 5 years Dharamshala, Himachal Pradesh (Kavann's story as narrated by his father Prabhpreet Singh) This is the story of my 5-year-old son Kavann. His journey to health and liberation disrupted my societal conditioning and made me look at life with a child-like exuberance and curiosity for self-discovery. This is the story of how he healed from chronic coughs, colds, allergic bronchitis and gained his freedom by going back to nature. Early childhood plagued with health issues Kavann was born a healthy baby but 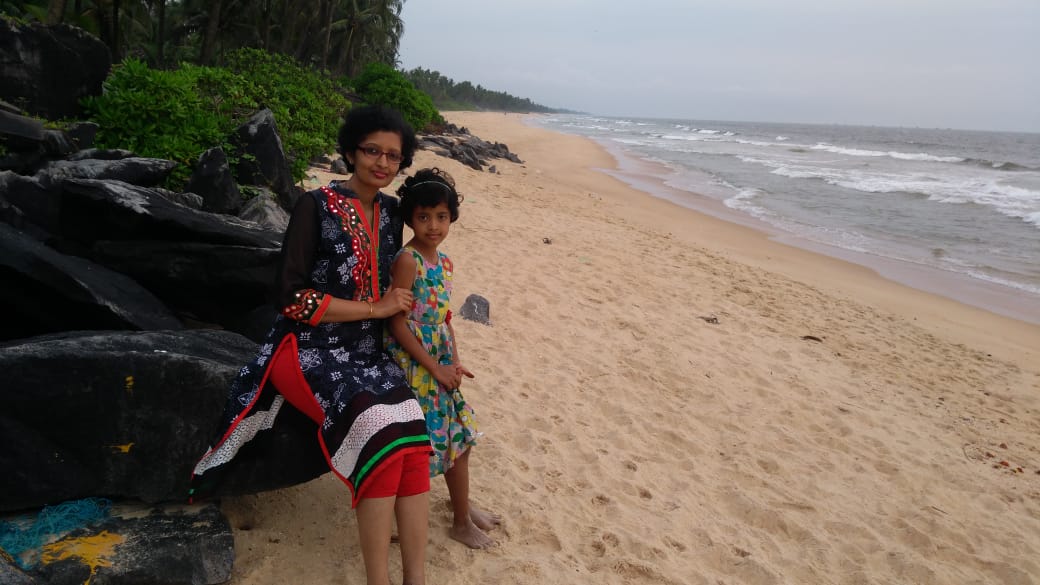 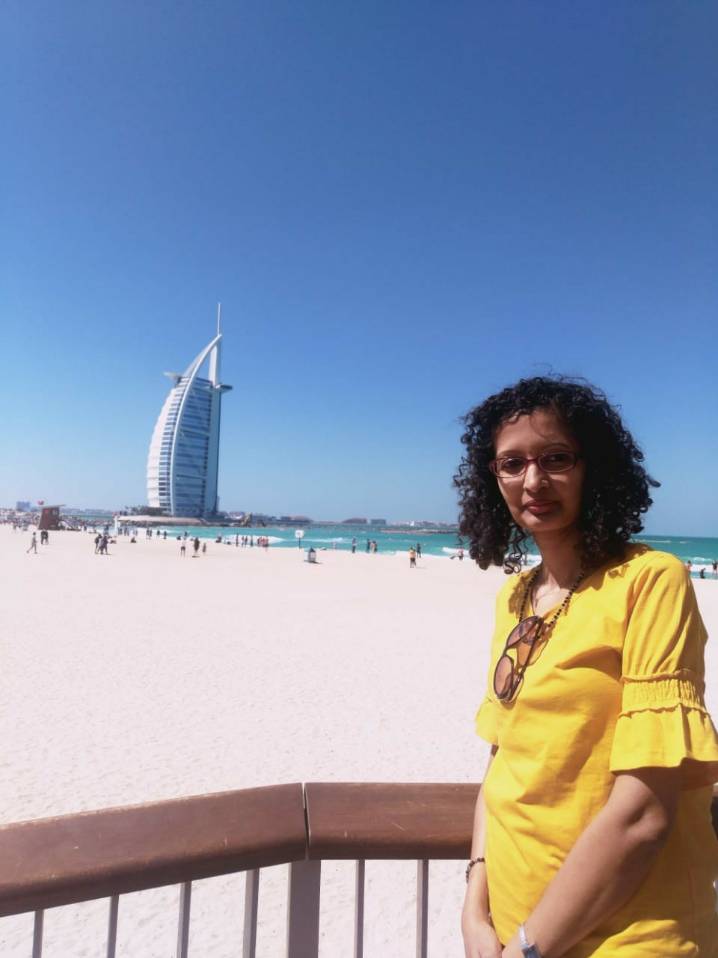 Rashmi's daughter, Saanvi's condition started simply enough as a small skin rash when she was just 2 years. Gradually, it developed into a severe skin condition spreading to her arms and legs. The route of conventional treatment only provided temporary relief and the child suffered from regular flare ups throughout her childhood. After almost 6 years of this distressing condition, healing happened magically on moving to a natural diet. Read on to know how just in three months, Rashmi managed to get her child off medicines and experienced the magical healing powers of the body. Saanvi Bhat 8 years, Student Bangalore (Saanvi's story as narrated by her mother Rashmi Bhat) It all began with a rash It started in the year 2011. My daughter Saanvi, aged 2, developed a small skin rash on her leg. My parents were her primary caregivers from the age of 1 to 5 as I was working and needed their support. Saanvi used to be on a diet of mainly home cooked meals, apart 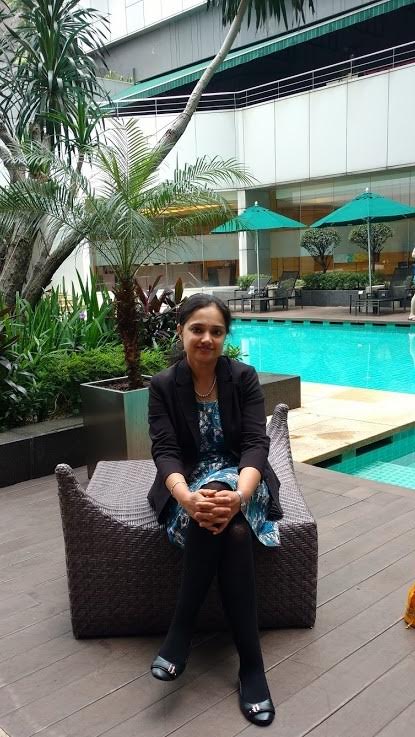 My Body Won Me Freedom From Allergies And Respiratory Issues 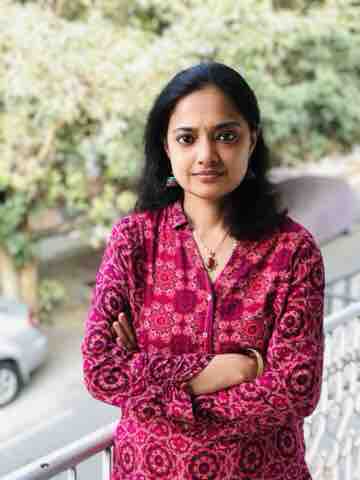 Smitha suffered from frequent cold and cough and allergies since childhood. Medications were the usual answer to address these. In 2010, suffering from severe eczema and obesity, her health hit rock bottom. Desperate for answers and long term relief, she went to an acupressure healer in 2012. Here, for the first time, she learnt about the body's innate healing mechanism, and the action needed to support this healing. Smitha made changes in her food and overall lifestyle. She overcame not only her own health issues but that of her daughter too. Here is her heart-warming journey from illness to wellness naturally! Smitha Hemadri 40 years, Program manager with an MNC Bangalore As a child, I would suffer from lot of respiratory issues but these were not life-threatening. I grew up in an environment where medications were freely available, covered by my father's medical benefits. So typically whenever we would fall sick, popping pills was very common; in fact we would ge 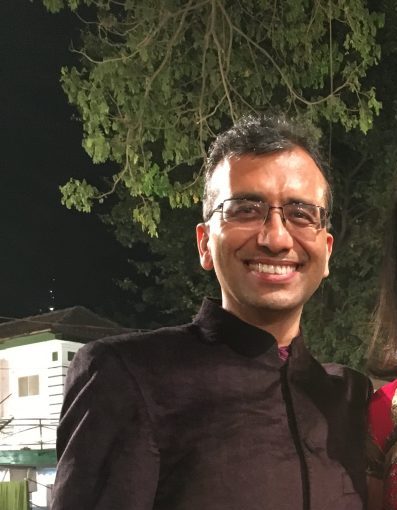 My Skin Allergy Was Just A Symptom, I Took Care Of The Root Cause 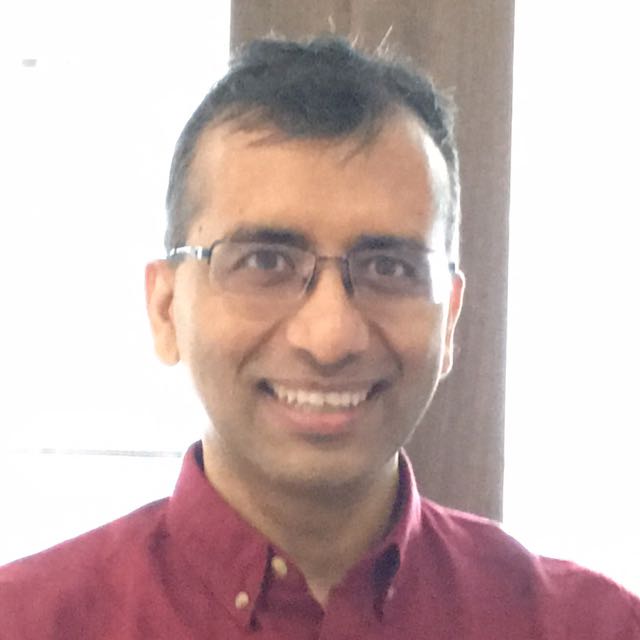 Rohan Singal was proud of his healthy lifestyle. But one fine day, he broke out into stubborn, persistent rashes on his knees and elbows. He was diagnosed with Urticaria (hives). The dermatologist advised him medicines, food restrictions and periodic medical tests. Rohan knew something was amiss; he wanted to know what had gone wrong. He wanted to know what he could do to prevent Urticaria from becoming a recurring problem. All his questions and much more, were answered when he met experts at The Health Awareness Centre, Mumbai (THAC). Rohan began looking at health & wellness from a new perspective. Ever since, he has no food restrictions and has a zero medicine bill. Here is his story. Rohan Singal 48 years, Corporate trainer & life coach Mumbai In January 2015, at 45 years of age, I thought I was in the best of my health. I called myself a wellness aware person. Also, I felt I was sorted about health, what with help from various dieticians, gyming, and a Pilate’ 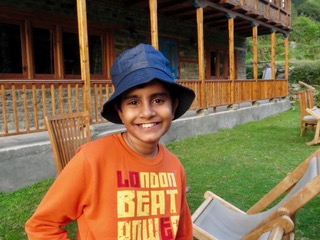 The So-called 'incurable' Skin Allergy Got Cured For My Son 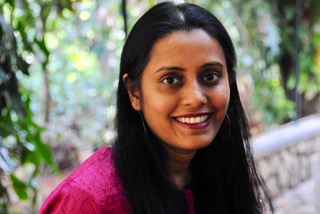 Avi was 7 years old when he was diagnosed with angioedema, an incurable skin allergy. His parents were struggling to identify foods that triggered the allergy. Avoiding these food plus lifelong medication seemed to be the only way out. They consulted The Health Awareness Centre, Mumbai (THAC) and learnt to live a life close to nature. Ever since, there have been no tests, no medicines, no clinical visits & no food tracking. They discovered what it meant to live a full life. Here is Avi's story. Avi Bhatia 10 years, Student Noida, UP (Avi's story as narrated by his mother Parul Ojha) My 7 years old son was diagnosed with angioedema that is considered incurable. If we were lucky, we would have been able to identify the food/ food group that triggered the allergy and hoped that avoiding that along with continuing a lifelong medication will reduce the possibility of an allergy attack. In our case, the food group was pinned to proteins in the diet. We were determ 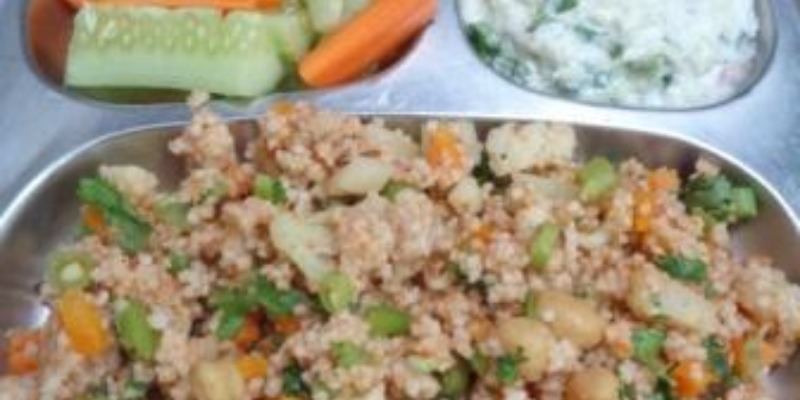 I tried out this millet pulao which turned so good! I had some boiled chickpeas that I added to this yummy vegetable pulao. Taste and health in every mouthful loaded with juicy steamed vegetables. This is what I call a real one-pot meal! 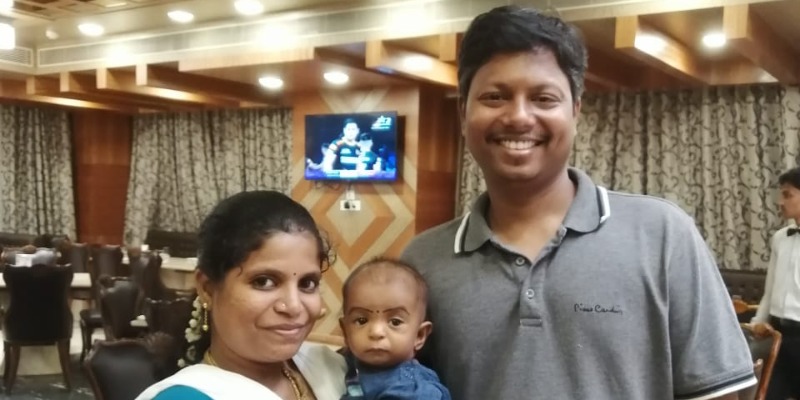